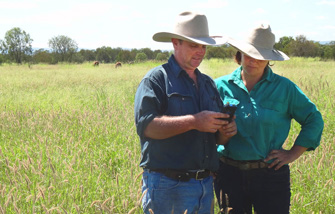 Waiting with “bated breath” for MaiaGrazing

Andrew and Meagan Lawrie – Moora Plains
Queensland beef cattle producer Andrew Lawrie was already a committed user of grazing charts – but when Maia Technology released its MaiaGrazing online management platform in 2015, no one was more pleased than him. Andrew and his wife Meagan run a beef cattle trading enterprise in central Queensland, running around 1200-1400 head depending on conditions. 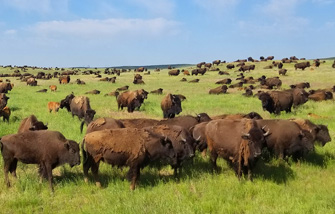 Maia on the Map: on location in Wyoming, USA

Pat Thomson – Durham Bison Ranch
One of the largest bison herds in the USA graze on 55,000 acres of land that is Durham Bison Ranch, Wyoming. Col Feilen of MaiaGrazing recently paid a visit to this client and was awe-struck by the majestic nature of these beasts that can weigh up to 900 kilograms, and was thoroughly impressed with the operation that is run by the team there, including Assistant Manager, Pat Thompson. 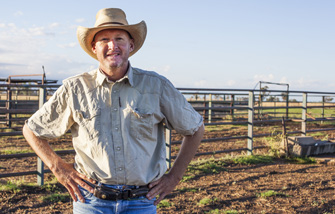 Graziers: throw out the notebook, pick up the smart phone

Mick & Kirsty Wettenhall – Weemabah
NSW mixed farmer Mick Wettenhall runs a beef and cropping enterprise near Trangie, on the Western Plains of NSW. Mick joined up to trial MaiaGrazing last year and says the “smart” system is finally bringing grazing technology into the 21st century. “Data is really important – there is an old adage that says if you can’t measure it, you can’t manage it,” Mick said. 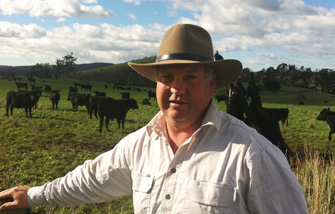 MaiaGrazing on the Map: on location in Tasmania

Greg Bradfield – Musselroe Beef
What does Greg Bradfield of Musselroe Beef love about living in his local area? “It’s Tassie!” he said. No more explanation needed. Greg’s family owned business operates across three properties totaling 5,500 hectares with over 4,000 head of cattle. He appreciates the reliability of the landscape and the opportunity it provides to diversify operations and utilise regenerative practices. 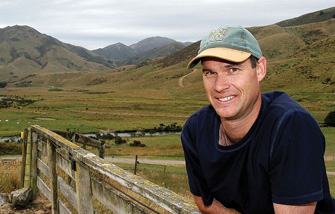 MaiaGrazing on the Map: on location in New Zealand

Hamish Bielski – Reboboth Farm
The team at Rehoboth Farm in Clinton, New Zealand, have big plans for the next 12 months, including growing 10,000 kg of dry matter per hectare per year and producing better forage and grain crops, with significantly less input, all whilst utilising regenerative farming principles. Hamish said he had identified a clear need to improve their grazing management in order to achieve their goals. 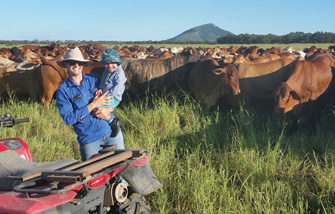 Jess & John Bidgood – Central Queensland
For Jess & John Bidgood, utilising MaiaGrazing’s farm management software has enabled them to undertake strategic management of pastures and stocking rates and be dynamic enough to sell or buy cattle based on sound data ahead of market moves.