Why don’t we plan for Drought as we do for Bushfire? 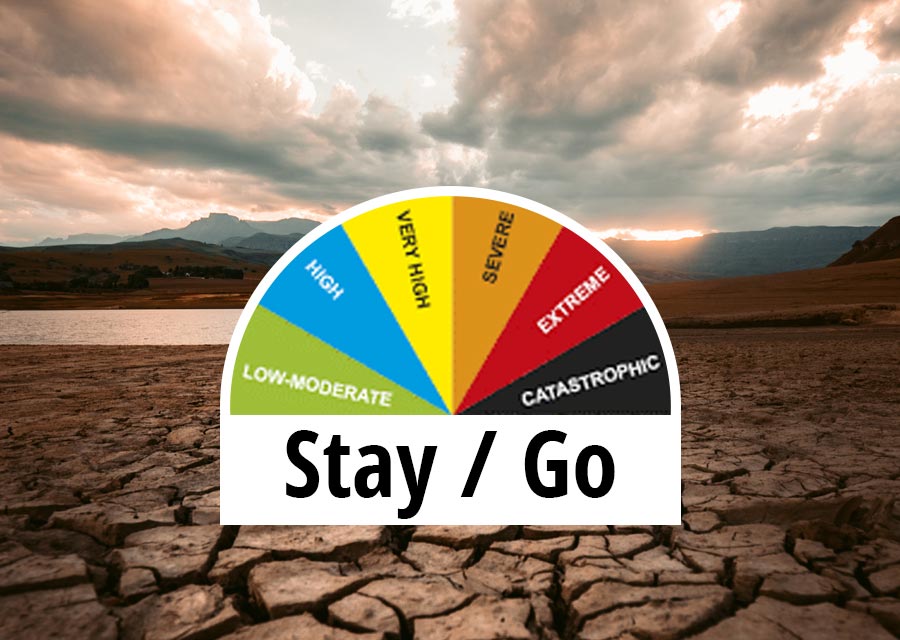 Bushfires and drought are similar in that they don’t just happen randomly overnight, conditions change, factors line up and it becomes reality. The consequences of drought and bushfire for farming businesses and landscapes can be very similar …and yet it really seems that farmers and government treat them very differently.

Drought is inevitable so why don’t we plan for it?

Statistics say drought will occur in Australia every 11 to 14 years, yet we seem better prepared for bushfire than drought, even though we know drought will be a far more common experience for most people than bushfire. Drought is inevitable, part of the cycle, the only unknowns are frequency and severity as the chart of El Nino occurrences below can attest.

Given this, we seem poor at preparing for drought, managing variability and minimising the negative impacts. Compare this to the resources allocated by government, communities and businesses for bushfire and it begs the question… why?

Bushfires and drought are not that dissimilar so why do we react differently?

I think the answer is complicated but rooted in the hard truth that we as humans and graziers, are poor at making tough decisions at the time they will benefit us the most. Which really can be attributed to not having a scoreboard, for this farm at this point in time giving clear and present status of our current and looming position (with respect to stocking rate and grass).

Which is why it’s useful to compare drought to bushfire, we all know we will react when we see a fire. Let’s step through the similarities and differences…

Conditions deteriorate, and we become aware and alert to change…  until the point where conditions reach a trigger point…there is actually a fire, or there is a drought. It is no longer conceptual or theoretical or an argument at the pub or over the fence.

This is the point at which the differences between bushfire and drought become stark.

With fire, we must make assessments, prioritise and make decisions, sometimes quickly sometimes over days, but ultimately decisions are made whether to Stay or Go.

“the wind will have to change eventually mate’. In the case of fire, we make a decision, if there is enough time, let’s prepare some more, then its all clear or it is ‘stay or go’. We are forced to do something. Lethargy in decision making is not catered for and hopefully doesn’t happen.

Which brings us to the average response to drought, which can be no less crippling financially and emotionally for those in its depths. Where the response is protracted, often compounded by previous decisions (to feed/sell/agist… or not to!), whilst feeling stuck, moored to the spot, unable to leave the farm, caught in a debilitating cycle of keeping animals alive, water points flowing, people fed, day in day out …for months and in some cases years.

It does not need to be this way. This is an inherited response and part of the ‘battler’ identity farmers take on as part of the DNA of land holding. I’ve done it, all farmers have done it. Battlers are who we are.

But we must recognise we only battle on after going through a mental threshold at which point it’s harder to cut our losses than to keep going… like the stages of grief… we push on stoically.

Respect to those that do, but it rarely works or pays. Usually the drought exceeds the dollars available for feed and the people and landscape pays a price. Which reminds me of the cost of overgrazing article that recently appeared in The Land publication.

There is an alternate approach to graze planning and decision making

There is an alternative and a small but growing percentage of graziers employ it. It’s not got any crazy weird name or practices. It’s simply getting the house in order, like preparing for a fire, asking some simple questions, for example…

What matters here is not the number in the answer !! It is important, but no, what matters most is the awareness of a looming problem and consideration for options to avoid pain while there is still time to benefit from the outcomes, be they weaning early to reduce demand, selling older stock or looking for agistment/contract options while they are still available, or any of a myriad of choices.

There is no genius in the idea of reducing stocking rate to match carrying capacity, the genius is in the timing …having the confidence to make the call early, 6 to 8 weeks before the masses, not when drought is on the 7pm news.

The proof is in the data

An example I looked at in the last week for a client is worth a look. Last September, MaiaGrazing showed stocking rate per 100mm will far exceed carrying capacity over summer 2018/19 with planned numbers and any continuation of the rainfall trend at the time. Sending 1/3 of pregnant cows to agistment, paying a hefty $12/head/week… resulted in a $500k benefit compared to feeding them through and being forced to sell now.  I will expand on the details in a future post, but the point is that the farm numbers showed over stocking was about to occur, the manager took action and there is a 6 figure $ difference between feeding through until feed costs consumed the animal sale value (ie now), selling then or agisting away and selling now.

The point is, feeding stock in a falling market never ends well. Paying someone else for their grass to allow my farm to match stocking rate to carrying capacity means this farm has options. Without grass you have few options when grazing in Australia.

Using tools like MaiaGrazing to make decisions while the benefit from doing so is maximised is how we become better managers of land and season. It is never too late for a good plan.

Please reach out for help if you are feeling unsure how to cope with drought. There are plenty of good people ready to help with their hard won experience and insights and MaiaGrazing can be part of that assistance and process.