Waiting with “bated breath” for MaiaGrazing 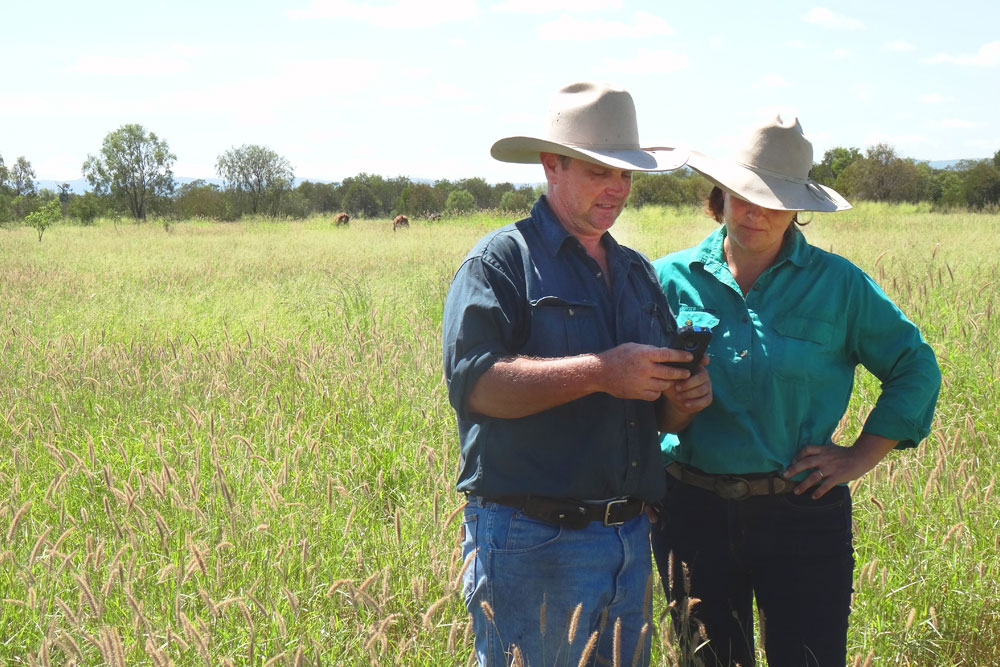 Queensland beef cattle producer Andrew Lawrie was already a committed user of grazing charts – but when Maia Technology released its MaiaGrazing online management platform in 2015, no one was more pleased than him.

“I’d been asking for ages when they were going to design something that would let me get away from a paper-based grazing chart?” Andrew said. “I was waiting with bated breath – so when Bart Davidson invited me to join a producer trial of the MaiaGrazing platform in 2015, I jumped at the chance.”

Andrew and his wife Meagan run a beef cattle trading enterprise in central Queensland, running around 1200-1400 head depending on conditions.

In 2002 Andrew began using paper-based grazing charts to help him match carrying capacity and land condition to stock numbers. “It was quite time consuming and I was trusting a lot of my data to paper,” he said. “I used to spend half a day a month going through the diary, working out grazing information and mob weights, and putting it all into a grazing chart.”

“Grazing charts led to a massive benefit money-wise for the business, because they really helped me make management decisions about matching stocking rates to carrying capacity. But I was nervous about having all that information lying around on sheets of paper! It could get lost or wet or even burnt and that would be the end of it.”

Now that he’s using MaiaGrazing’s online platform, Andrew can enter data about land condition, animals and rainfall either directly on his PC, or through a mobile phone. He finds the main benefits from using MaiaGrazing are saving time, the security of his data security, and ease of access – both for himself and any workers.

“I prefer entering data on my PC, but my farm worker can update things like mob movements on his mobile. The other day we were out there together and we could easily pull up a feed budget on the phone and have a look.”

Andrew says the future prospects for expanding how the data can be used are really exciting.

“We already do yearly benchmarking through RCS, but down the track, all the benchmarking data will come straight out of my Maia program,” he says.

His take home message for producers is that using MaiaGrazing will immediately save time and improve data security. However, producers who are new to grazing charts will feel huge benefits.

“The ideal person for this platform is someone who’s put off by the paperwork involved in starting a grazing chart – because it doesn’t take much to get MaiaGrazing up and running, and the business benefits of making better pasture management decisions are huge,” says Andrew.