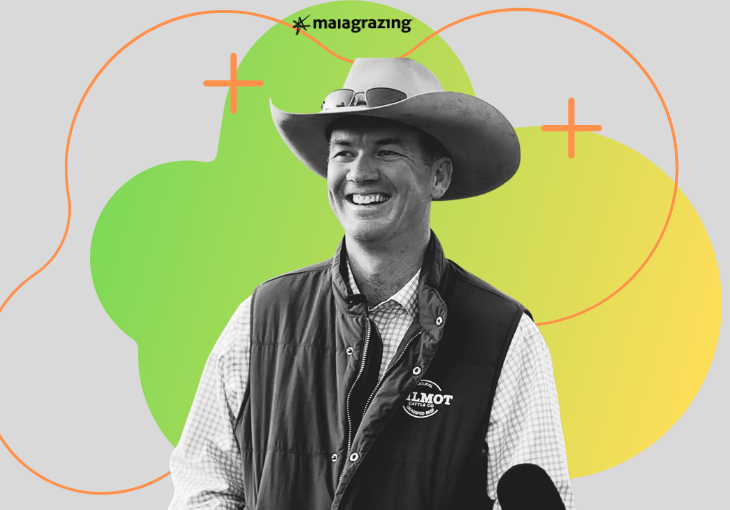 Stuart Austin is the kind of grazier who likes to strike a balance. When it comes to the properties under Wilmot Cattle Co. – a duo of grass-fed beef farms nestled high in the stunning New England Tablelands in New South Wales, Australia – he’s always maintained that “balancing financial profitability with ecological gains is absolutely at the core of everything we do”.

As a strong advocate of regenerative agriculture – and an award winning one, at that –  Stuart spends just as much time thinking about the condition of the land as he does acting on enriching it. At Wilmot Cattle Co., grazes are planned based on factual data, rather than just gut feel. To do this right, Stuart chose MaiaGrazing as his decision support tool. He went with MaiaGrazing as it was designed to elevate the theory of planned grazing, such as that taught in RCS’ GrazingforProfit™ School, into practice.

MaiaGrazing is an “absolutely integral part of our day to day operations here,” says Stuart. Between the team’s expertise of the land and their nimble adoption of technology tools like MaiaGrazing, Wilmot Cattle Co. has achieved what others may find enviable. And that is a well-performing, well-run business that is winning across the triple bottom line. Stuart often finds himself telling people, “we wouldn’t manage Wilmot without MaiaGrazing”.

Hear from Stuart in the video on how they rebuilt the properties after the “instant drought” brought on from the recent bushfires:

Are you ready for the next drought?
Don’t delay your rescue plan: